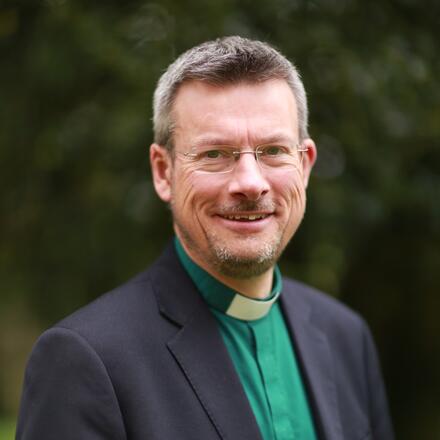 Michael has been Director of Formation at Ripon College Cuddesdon since September 2021.

Born in Kent, he attended school in Croydon, and read history as an undergraduate. After spending a year as an auxiliary nurse at St Christopher’s Hospice, Sydenham, he trained for ordained ministry at Cuddesdon, and was a curate in the diocese of Salisbury. Returning to Oxford as Bishop’s Chaplain for five years, he then spent seven years as priest-in-charge of a market town and two villages in west Devon before being appointed Canon Precentor of Worcester Cathedral in 2014, where he also served as worship adviser for the diocese of Worcester.

While a curate and Bishop’s Chaplain, Michael completed a doctorate with the University of Birmingham on the history of panentheism. The editor of Public Life and the Place of the Church (Ashgate, 2006) and (with Georgina Byrne) of Life after Tragedy: Essays on Faith and the First World War Evoked by Geoffrey Studdert Kennedy (Wipf and Stock, 2017), he has published a range of articles on the doctrine of God in twentieth-century British theology.

Michael has been the reviews editor of Modern Believing since 2009. He enjoys hiking, having most recently walked the Pennine Way and the coast-to-coast path.