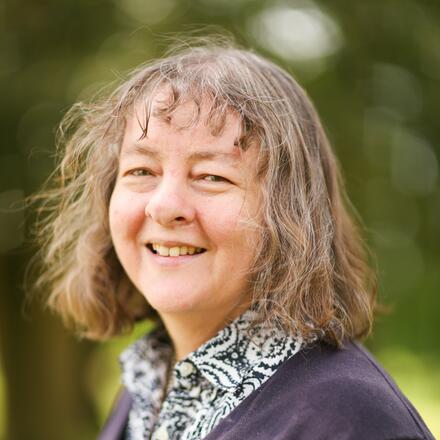 Joanna works three days a week for the College. She is also a supernumerary fellow in psychology of religion at Harris Manchester College and lectures in this subject for Oxford University, where she is Co-director of the Centre for Reception History of the Bible. She is an associate priest in a west Oxfordshire parish.

Joanna studied experimental psychology and (later) theology at Oxford University, and clinical psychology and (later) Christianity and the Arts at King's College, London. She is a chartered clinical psychologist and specialist neuropsychologist, registered as a practitioner with the Health Professions Council. After many years working in the health service, Joanna moved into the field of psychology of religion and was director of the MA programme in psychology of religion at Heythrop College, University of London until 2010 when she joined the staff at Cuddesdon.

Her interests are wide ranging, reflected in publications on positive psychology, brain and behaviour, natural theology, psychological approaches to the Bible, psychological trauma, the spirituality of children and people with special needs, theology and death, and medical ethics. Her most recent books are The psychology of Christian character formation (SCM, 2015), Being mindful being Christian (Monarch, 2016), Thinking of you (BRF, 2017), When you pray (BRF, 2019), Seriously Messy (BRF, 2019), and Neurology and religion (CUP, 2019).