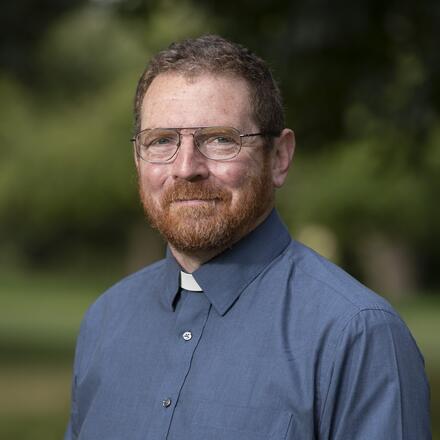 Roger began working life as a secondary English teacher, having studied at Leicester and Warwick universities. He trained for ordained ministry at St John’s Nottingham, and served his curacy at All Saints Paston, Peterborough. In 2002 he moved to Carlisle diocese to become Team Vicar in the Cartmel Peninsula Team Ministry, where he served for seven years. Roger completed his PhD whilst in parish ministry, exploring the impact of literary approaches within Biblical Studies and the challenges of negotiating different theological and ideological interests in Biblical interpretation.

In 2009 Roger responded to a call into full-time theological education: he served as Vice-Principal and later Acting Principal of the Lancashire and Cumbria Theological Partnership (LCTP), providing part-time ordination and reader training to Blackburn and Carlisle dioceses, and was IME 2 Officer for Carlisle. In 2016 Roger helped to create (and became Director of) Cumbria Christian Learning, a new and broad training organisation for Cumbria which brought together LCTP and the diocesan Ministry and Training Department.

Roger’s theological and teaching interests are broad. He continues to be interested in literary biblical hermeneutics, but has also begun to explore broader questions in cultural and practical theology. He enjoys bringing insights from different disciplines into dialogue. Roger’s leisure interests include wargaming, walking, science fiction and fantasy, and listening to a broad range of music.