The Community of St John Baptist was founded in England in 1852 by Thomas Thellusson Carter, the priest at St Andrew’s Clewer, Windsor, and Harriet Monsell (the first superior). The purpose of the order was to help marginalised, mainly young women, who found themselves homeless and drawn into the sex trade, by providing them shelter and teaching them a trade. The work of the sisters expanded to include administering and working in orphanages, schools, convalescent hospitals, soup kitchens, and women's hostels.

In 1901 there were 300 sisters and, at its height, the community had some 45 branch houses throughout the South of England.

The community's Mother House remained at their purpose-built Victorian convent in Hatch Lane, Windsor. Following a sharp decrease in membership, the community found itself using only a tiny part of the buildings and, in 2001 relocated to Oxfordshire. The original convent has since been converted into residential accommodation with a minimum of changes to the original architectural features

The Sisters lived at Begbroke, near Woodstock in Oxfordshire for several years, then moved to the newly constructed Harriet Monsell House, on the campus of Ripon College Cuddesdon in 2012. There they have the two top floors as their convent. They also endowed the Edward King Chapel for the College, which will be part of the Community's lasting legacy to the Church after it has completed its work. The Chapel has won several architectural awards since its completion.

Since 1996 the remaining sisters of another Order, the Community of the Companions of Jesus the Good Shepherd have been living with the CSJB sisters, and although the two Orders remain quite distinct, they share accommodation and many other aspects of community life.

We are now a community of women who seek to offer our gifts to God in various ways. These include parish and retreat work, spiritual direction and ministry to the elderly. Two sisters are ordained to the priesthood and preside regularly at the Community and College Eucharists. One is part of the College Chaplaincy Team and the other assists in local benefices. Sisters are also available to facilitate quiet days,

We have close links with the sisters of our affiliated community at Mendham, New Jersey, USA (www.csjb.org) and we also have links with justice and peace activities.

Daily life centres on the Eucharist and the Divine Office and we live under the threefold vows of poverty, chastity and obedience. Following the rule of St Augustine we are encouraged to grow into ‘an ever-deepening commitment of love for God and for each other as we strive to show forth the attractiveness of Christ to the world’. 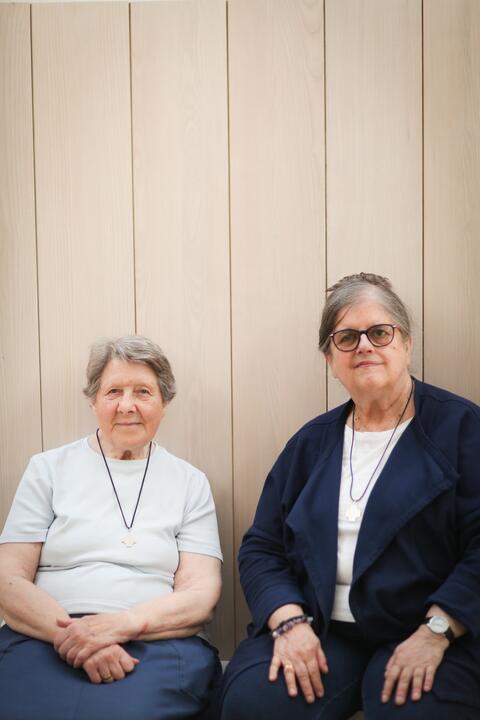