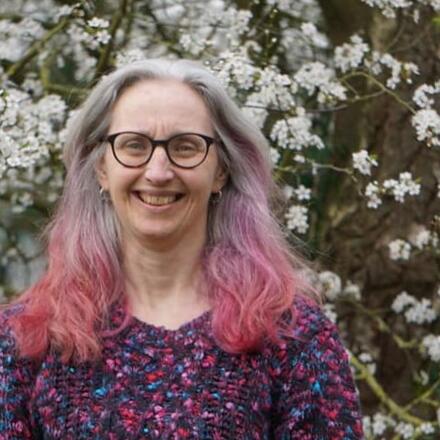 Cate works for Gloucester Diocese as Environmental Engagement Officer, a role which involves supporting both local churches and central structures in good environmental practice. Until 2020 her role was broader, also covering pioneer ministry as well as social and environmental responsibility. She is a Fresh Expressions Associate and member of the Fresh Expressions leadership community.

Previous roles include parish ministry in Middlesbrough (York Diocese) and Milton Keynes (Oxford Diocese), the latter in an LEP, having previously led on short terms programmes and the relationship with the Province of Southern Africa within the Mission Personnel Team for USPG.

Cate completed a PhD in Missiology in 2021, awarded by the University of Manchester (Cliff College). With a focus on ‘earthed spirituality’ that is both ‘down to earth’ and ‘of the earth’, the research explored three pioneering contexts in Gloucestershire through ethnographic fieldwork, as well as Forest Churches in various locations in central west England. Segments are currently published in ANVIL, Practical Theology and a Grove booklet. Cate is a member of the British and Irish Association for Practical Theology.

Cate is married to Howard, a freelance musician and sound engineer, and they are parents to a teenager.