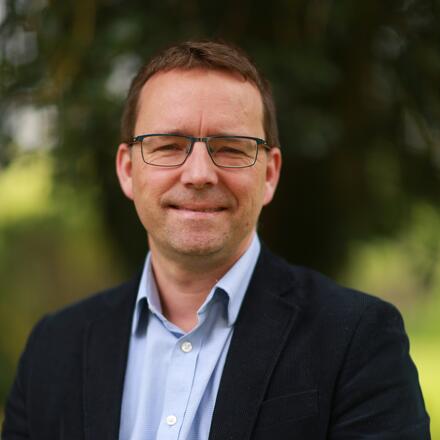 After studies in music at Edinburgh University (1996) and at the Royal College of Music in London (1997) Hywel moved to divinity at Edinburgh where he majored in Biblical Studies (2000), during which time he attended a course in Biblical Hebrew at the Rothberg International Summer School at the Hebrew University of Jerusalem. Graduate studies followed at Christ Church, Oxford: a master’s degree in Old Testament (2001), and then a doctorate: a comparison of the theology in Isaiah 40-55 and early Greek philosophy (2005). Hywel’s areas of interest include monotheism, early Greek philosophy, the thought of Philo of Alexandria, the history of Biblical Interpretation, and the archaeology of biblical lands. Hywel has published on biblical and Second Temple Jewish topics; he edited and contributed to Companion to the Old Testament: Introduction, Interpretation, Application (2016).

Tutor in Old Testament since 2005, Senior Tutor from 2013 to 2016, then Director of Biblical Studies, Hywel currently oversees the undergraduate Durham University Common Awards programmes for full-time students. Hywel is a member of Oxford’s Faculty of Theology and Religion, the Society for Old Testament Study (SOTS), the Society of Biblical Literature (SBL), the European Association of Biblical Studies (EABS), and the British Association for Jewish Studies (BAJS). In his spare time, Hywel enjoys classical music, coffee, sport, photography, and taking his holidays in the Alps.